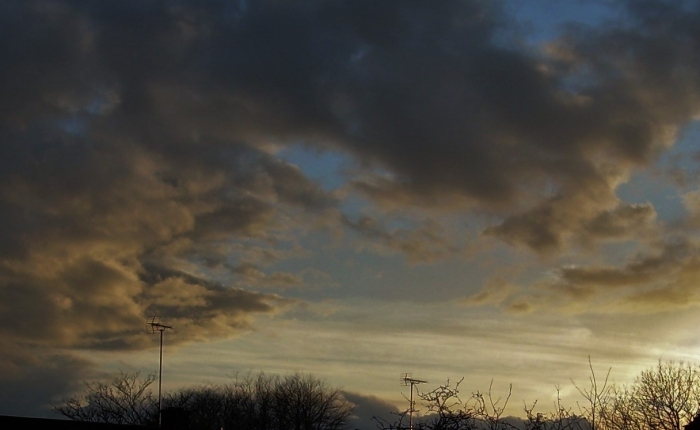 As the evening clouds gather round the setting sun, we close the curtains and withdraw into the warmth inside and wonder, with Wordsworth and Mahler, what the future holds for our troubled world.

Mahler’s ‘Song of the Earth‘

Music has great power to influence the human spirit. This was certainly so for Gustav Mahler’s sensitive spirit and it produced some wonderful music. His last work Das Lied von der Erde (“The Song of the Earth”) was composed after losing his daughter, his musical post and was diagnosed with incurable illness. Understandably, it is about loss, the shortness of life and the wistful search for an answer to death and the longing for immortality.

This is hauntingly beautiful soul music touching on a subject close to us all. It goes so well with Wordsworth’s Ode. Both composer and poet are singing from the same song sheet!

But yet I know, where’er I go,
That there hath past away a glory from the earth.
……..Whither is fled the visionary gleam?
Where is it now, the glory and the dream?
…….. those obstinate questionings
Of sense and outward things,
Fallings from us, vanishings;
Blank misgivings of a Creature
Moving about in worlds not realised,

The Clouds are Gathering

Our modern world is not well. Earth’s is an unfinished agenda full of unanswered questions. Life is so brief and full of dashed hopes and disappointments. Injustice cries out for a day of reckoning, of conclusion and the righting of wrongs. War is still with us. Climate disaster threatens, our birds and wildlife are disappearing.
Earth is singing, but it is full of tones of sadness – more a cry than a song. (See Romans 8:22)

By morning, mists ghost the landscape around this Northamptonshire village, a reminder of Earth at the beginning of time. Trees stand out as skeletons. Village roofs just appear above the mist. The church tower stands out pointing upwards, a way-marker symbolizing that, if help is to come for our war-torn, climate-threatened, broken world, it will have to come from above.

But listen! I can hear singing. Someone is coming who has the answers.

Hush’ said the Cabby. They all listened. In the darkness it seemed that something was happening at last. A voice had begun to sing…… Sometimes he (Digory) almost thought it was coming out of the earth beneath them. Its lower notes were deep enough to be the voice of the earth itself …..it was beyond comparison the most beautiful noise he had ever heard.
Then they heard another sound as well – ‘If you had seen and heard it, as Digory did, you would have felt quite certain that it was the stars singing.

Aslan singing Narnia into being, joined by the stars (Job 38:6) in C.S.Lewis’s ‘The Magician’s Nephew’

Where were you when I laid the foundations of the earth?…..
while the morning stars sang together
and all the angels shouted for joy?

Heaven is full of music and from time to time this spills over on to Earth. This was how it was at the beginning and at the first coming of Christ, with the angels singing again at Bethlehem’s momentous night. What will it be like when Christ returns to bring this human world to account, banish evil, take over control and bring in the new heaven and earth? (Revelation 21-22)

...and the government will be upon his shoulders.
And he will be called
Wonderful Counsellor, Mighty God,
Everlasting Father, Prince of Peace.
Of the greatness of his government and peace
there will be no end.

When its clouds are lifted the Song of the Earth will sing with joy again and its music will dance and ring through the New Heavens and Earth.

The watchword of the early Christians was ‘Come Lord Jesus!’ This is Earth’s cry too.

4 thoughts on “The Song of the Earth”