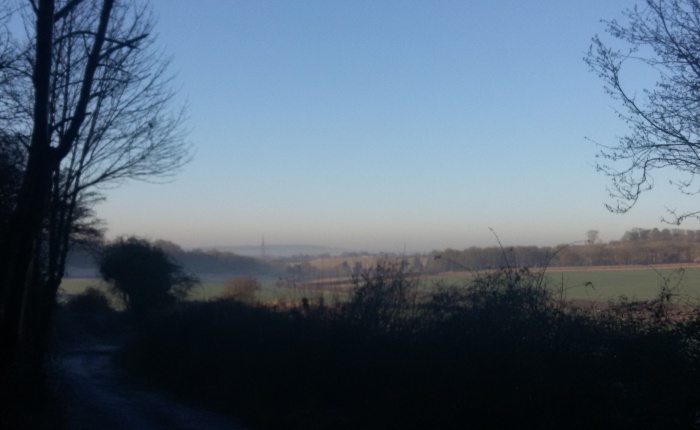 The death of his mother when he was only 9 devastated his happy childhood. In his own words, it seemed that “the great continent had sunk like Atlantis beneath the sea.” He was left with a life of meaninglessness and despair.

We feel for this desolate child as he was sent away to boarding school, for a school life of misery to add to his sense of despair. Worse was to come. Before he began his studies he was called away to serve in the front line trenches of the first World War. Here he experienced all the horrors of modern mechanised warfare, losing two close friends and being injured himself.  Small wonder that when he later went back  to study in Oxford it was as an angry young man and an outspoken atheist. Everything in life including family, school and religion, and war, seemed to have let him down. For him it seemed to be always ‘winter’.

But hang in there! There’s hope coming.

In later years at Oxford the sad young man, C.S.Lewis, began to see glimpses of something quite new to him. He saw something of the love of God visible in the lives of college friends who had a Christian faith and also in the works of Christian writers he began reading. His winter began to thaw as he was surprised by joy. It crept up on him unexpectedly and caused him a dilemma.

Happily the dilemma was solved when the heart and the head were brought into harmony as he began to discover the reality of Christian faith and joy. In Narnia world terms he had seen the change that always comes when Aslan is near. His winter turned to spring, his ‘tone deaf world’ suddenly began hearing the singing of heaven. As he wrote later ‘Joy is the serious business of heaven’ and that joy had overflowed on to earth in the birth of Jesus.

“Good news of great joy to all the people.” Luke’s Gospel  2

It was winter in Narnia too, but something excited the children when Mr Beaver spoke about Aslan coming:

“Susan felt as if some delicious smell or some delightful strain of music had just floated by her. And Lucy got the feeling you have when you wake up in the morning and realize that it is the beginning of the holidays or the beginning of Summer.”

It’s always better when Aslan comes. So too, things always improved when Jesus came to difficult situations:  For example, when a father’s dear daughter had just died, when the boat was about to sink in the storm, or when the wine ran out in the midst of a wedding.

December Turned to May When Lewis first arrived at Oxford railway station, mistakenly, he started walking down the street in the wrong direction. As he kept walking past very ordinary shops and houses he wondered what was so special about Oxford. But when he realised his mistake and turned around, he saw the beautiful ‘City of Dreaming Spires‘ for which Oxford is famed. In telling this story he says, “This little adventure was an allegory of my whole life.” We are so grateful  that he ‘turned around’ in life and discovered a whole new world of hope and joy leading to his life of writing. We especially thank him for introducing us to ‘the golden goodness’ of Narnia’s  Aslan.

I too want to be surprised by joy in a new and deeper way, with the coming of the real Aslan (Jesus). I hope you do too.

Wishing you a ‘joy-filled Christmas and new year.

Thank you for following me this year.

12 thoughts on “December Turned to May”