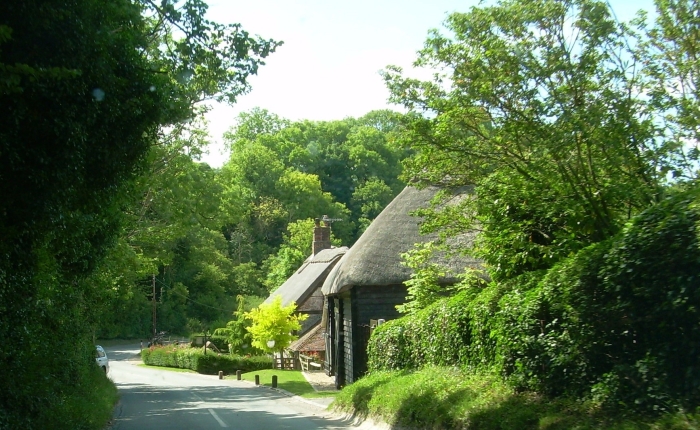 There are many things in life more worthwhile than money. One of them is to be brought up in this our England, which is still ‘the envy of those in less happy lands‘.

England must be one of the least ‘wild’ countries, a homely, man-made, manicured, and cultivated countryside as countless generations, have lived and worked on the land moulding and shaping it for their use and livelihoods. Roman, Anglo Saxon, Norman, Medieval, Middle ages, and more recent times, each leaving its characteristic footprints on the countryside as we see it today.

Despite being one of the more crowded countries, England is a place of quiet beauty; a collection of very diverse areas whose character varies from the wild and rugged of the North and West, to the homely and intimate, the wide open spaces and big skies of East Anglia and the Fen country, the warm gentle smooth slopes of the Downs, surrounded on all sides by wonderful coastland.

Though beautiful, it is a ’working landscape’, not a ‘national park’. The land needs people who earn a livelihood from it, rather than today’s drift to the cities where most of the decisions are made and the money created. The rural towns and villages will die if they are merely ‘chocolate box’ places for second homes and a source of recreation for touring city dwellers.

You cannot go far without finding some evidence of archaeological remains. Stone Henge, Avebury, Cissbury Ring, Dartmoor, The Roman baths at Bath, and the White Horse at Uffington are some of the 600.000 sites that have been discovered with the list growing each year. Castles, Stately Homes, walled towns, hill forts and earthworks abound—reminders of pre-history. History meets us everywhere. Any field has a chance of giving up some ancient coin or piece of pottery, many of our hedges are of great antiquity, most ’copses’, and woods, and individual hills have their own particular name—each place special to someone in the past.

Many in other nations envy us our beautiful and so inviting landscape. Millions flock into Heathrow, not just to visit the big four of London, Cambridge, Oxford and Stratford but also to see the rural scene.

England is a much loved land every nook and cranny is special to the locals who were born, or who have settled, there. Everywhere each copse, wood, hill, stream, has its own name marking it our as precious to someone in the past. People have local ‘roots’, with a sense of loyalty to their own area. There is still a lingering sense of real community in many villages, such a contrast to the ‘loneliness’ of the hectic cities.

‘England with all thy faults, I love thee still,
My country, and while still a nook is left,
Where English minds and manners may be found,
Shall be constrained to love thee, though thy clime
Be fickle and thy year most part deformed,
With dripping rains or withered by a frost.
I would not yet exchange thy sullen skies
And fields without a flower, for warmer France with all her vines.‘

From ‘Time Piece‘ by William Cowper

One thought on “This Green and Pleasant Land”